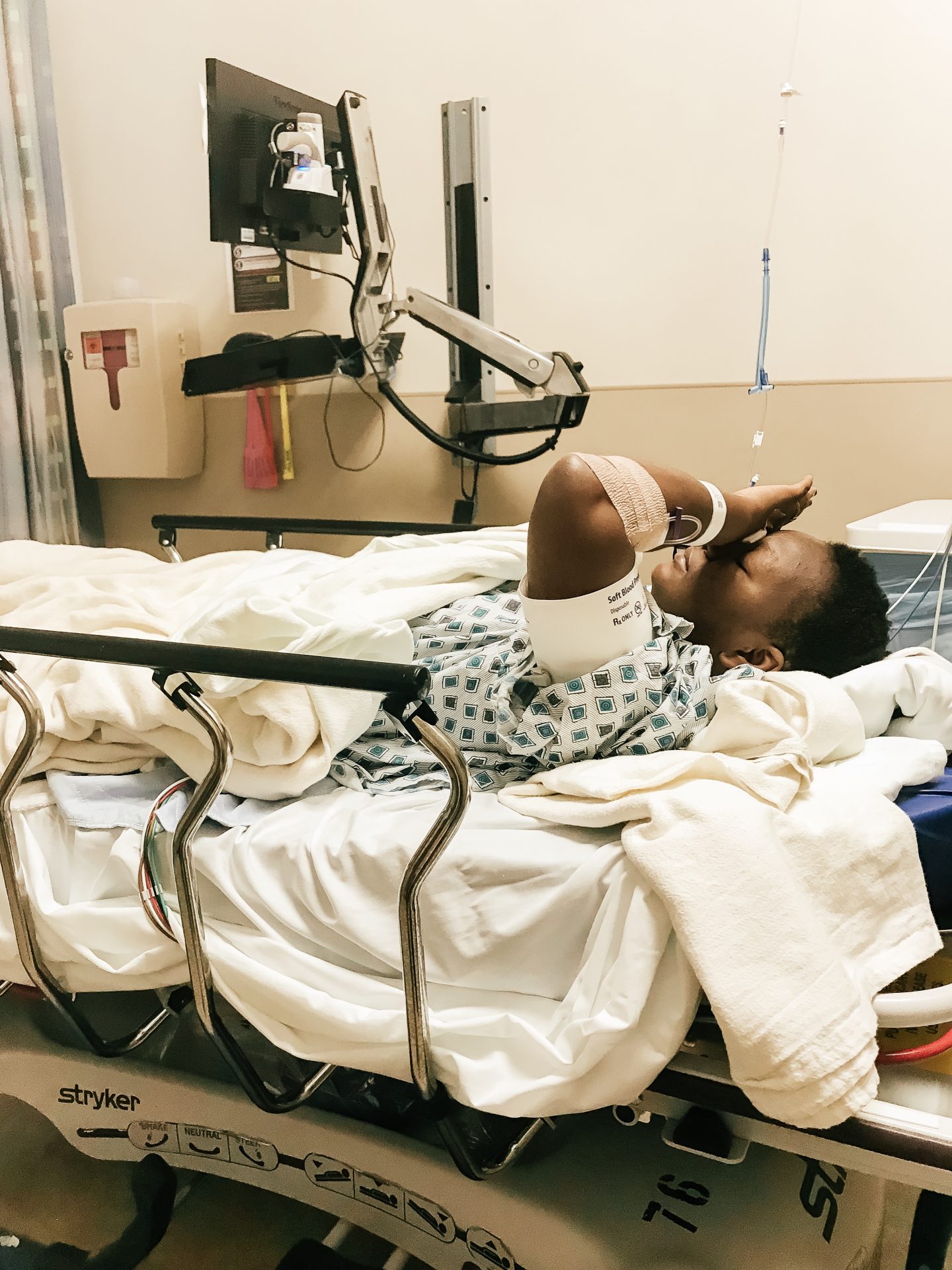 Today marks exactly 10 months since I had a miscarriage and I have decided to share my experience. It’s definitely something people do not talk about and maybe someone can find reading this helpful.

After having our son we talked about having a second baby. I was on the fence but my husband has always wanted to 2 kids. I decided that having our second would be great around when our son turned 2 because they would be close in age, most of our friends seemed to be spacing their kids 2 years apart, and I was getting close to 40. We found out around July (I think, I honestly do not remember) 2018 that I was pregnant and my due date would be April 2019. Which would have been perfect because our son would have turned 2 in March. I was exhausted all the time, which is normal and went to see my doctor around the 8 week mark for my first appointment and had gone back at 12 weeks. Both times he saw a heart beat and everything looked somewhat ok. We were excited and share the news with close friends and family. Fast forward to the following week when our lives got turned upside down.

I remember that night very well, its engrained in my brain. Our son woke up middle of the night which is normal and I got him his milk and then put him back to bed. I went to use the bathroom and when I wiped I noticed some bleeding. I was a little alarmed but not too much because it is normal for some women to bleed throughout their pregnancy. I woke up the next morning and as I drove our son to daycare I called the doctor’s office and asked if I could come in. They could squeeze me in that morning so I did the daycare drop-off, texted my husband to let him know I was going to the doctor just to make sure everything was ok but I just brushed it off as nothing. When I called the nurse asked me what the blood looked like, was it red? Was it a dark red? Heck, I honestly could not remember.

I arrived at the Doctor’s office 30 minutes later and got checked in. My doctor came in and asked me what was going on and he went ahead and did an ultrasound. He turned the monitor so I could see what he was about to explain. He pointed at the fetus and said “Remember the little light we saw your last appointment? Well, its not there anymore. This fetus stopped living.” I started crying and he sat there and explained to me what the next steps would be. I had some options and I remember just 2, maybe I only had two options. One was a DNC which he suggested that I do or I would just let nature take its course. He strongly advised against that and I honestly just wanted to get it over with. I sat there and had to text my husband because I just could not get myself to call and tell him. I was to go in the next day for an outpatient procedure. He prescribed medications I needed to take to get my uterus ready and there would be some uncomfortable cramping. My husband picked up the baby from daycare and picked up my prescription. The worst of all that was having to tell friends we had lost the baby after sharing our news just days before. I remember putting my phone on do not disturb and just throwing it at the foot of the bed.

I took my medication 12 hours prior to my procedure and got ready for bed. The cramping was uncomfortable and in an effort to not keep my huband up, I went to the basement bedroom to sleep. I was bleeding so much, it literally felt like a faucet and I was soaking through pads. Once down the basement, I realized after my fourth trip to the bathroom that each time I stood up I was passing out. I thought of yelling out to my husband but I did not want to wake our son. So, I laid on the bedroom floor and waited for 5am because that was when we were to get up and get ready to head to the outpatient procedure. He was to drop me off and then drop off the baby at daycare and then come back for me. We had a plan and that plan was about to go out the window. When he came downstairs I crawled back up and passed out again once I got in the kitchen. My husband said it was very scary but he had to stay calm which I am very proud of because if you know my husband, he gets easily worked up.

We arrived at the outpatient center and when he went in and explained to the nurses what was going on they sent us to the nearest ER. They were not equipped for the level of medical help that they thought I was going to need. We drove to the ER of the hospital I had given birth to our son, which was only 5 minutes away. We got there and they asked me some questions to update my info and I passed out again. I woke on a bed in a room hooked up to about four IVs and a bunch of people calling my name. They ran multiple tests because they suspected my hemoglobin levels were very low, which after 3 rounds of bloodwork, it was confirmed. I have always known I have low iron but what I did not realize was that my iron levels were very low. My body was used to functioning at those low levels, however, the blood loss from the miscarriage just really put me over.

One of the doctors from my doctor’s office came y and told me that this was normal and shared that 1 out of 5 women experienced a miscarriage. She also expressed not to blame myself for what happened. I was kinda glad she was the one at the hospital when I got admitted because as much as I love my doctor, he is very direct and most times I describe his bedside manner like Dr House. I still love him though!

My husband and son were still at the hospital hours later and my husband called his mom to come and help. Which I am very thankful for because I ended up being admitted to the hospital for 2 nights. I had to have a blood transfusion; they gave me 3 pints of blood to get my hemoglobin up. I left the hospital on a Saturday afternoon and of course I was back to work that Monday. Looking back, I should have taken a little more time off but honestly, when you are a mom, its almost as if you have to pull yourself up by the bootstraps and get back to business as usual. I would find myself sad here and there and occasionally I would cry sitting at my desk at work. I was already going to therapy for my depression so I continued with therapy because I did not know how to deal with things and I did not want to just sweep things under the rug like I had done in the past without tackling them head on. I go to therapy every 2 weeks, its expensive, but has been worth every penny.

I went in for my follow up and my doctor suggested that we wait to even think about trying for another baby for a few months. My body had gone through too much trauma, he needed me to recover. Once again I brought up my concerns with my age and he told me not to worry about it.

After all this happened, I decided to share on social media what had happened and I was amazed at how many women I knew had been through it. Its just something that people do not talk about. Its one of those TABOO topics I should say. It was nice to know that I had people that I could talk to. The best advice I got was to continue going to therapy and not to isolate myself (which would have been how I would have dealt with the whole situation).

All this happened in September of 2018 and I did not full grieve the loss till February. Not even my husband knows this but I cried every day after work the month of February. I would clean myself up when I pulled into our driveway, put my happy face on and be ready to be wife and mom. My anxiety was at an all time high and my anti depressants didn’t seem to be working anymore. I was prescribed a different medication and that has been working wonders. I will honestly say, after February I felt so much better, I also for some reason had come to the realization that I was ok with just one child. The fear of another loss made me not want another child and I had myself convinced that our little family of three and our dog was complete to me. I felt complete out of fear.

One of the things I have to say that would always get me was the medical bills that would slowly start to come in. The lab costs of all the prenatal blood work that had been done. Those little things always triggered some form of sadness. I also got sad close to my due date because I thought of how our lives would have been different had things turned out for the best.

If you have experienced something similar, allow yourself to grieve and some grace. Always remember that after you have weathered that awful storm, there is always a rainbow at the end.

You may also enjoy: